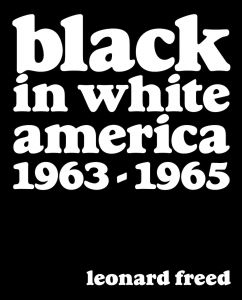 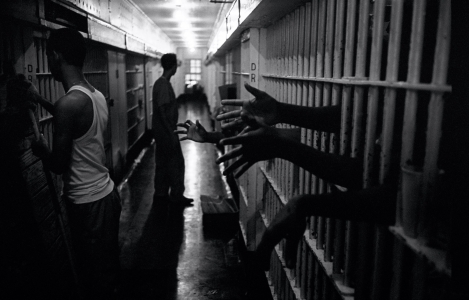 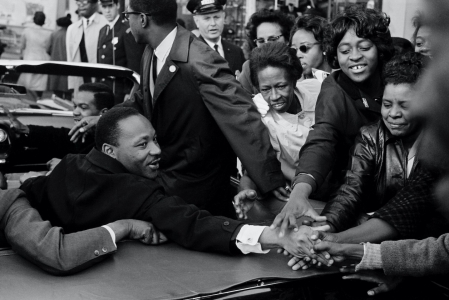 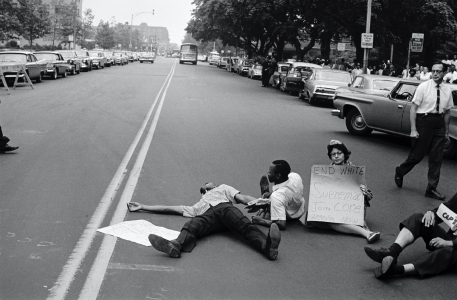 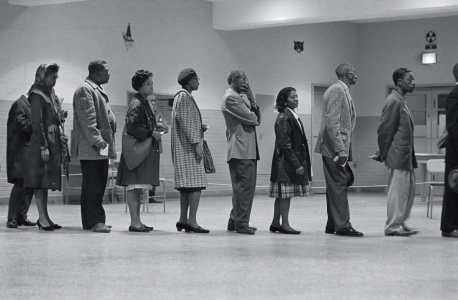 “A white prisoner lives in hope and concerns himself with getting out but ... inside or out (the Southern black man) remains a prisoner, a man living in fear with little hope.”

A fresh and expanded edition, Black in White America is the definitive collection of Leonard Freed’s seminal and timely Civil Rights photo essay first published in 1968. It is published in full collaboration with the Freed Estate and a foreword from fellow Magnum photographer, Eli Reed.

In 1962, white photojournalist Leonard Freed was on assignment in Berlin. He photographed an African-American soldier standing in front of the wall. The irony of this soldier defending the USA on foreign soil while African-Americans at home were fighting for their civil rights resonated with Freed. On his return to the States in 1963 he photographed the March on Washington and began a journey across the United States to document black communities in the North and South. From 1963 to 1965, he captured the plight of African Americans; the great struggle for racial equality within a deeply segregated, racist society.

This extraordinary collection of images – including Martin Luther King, Jr. greeting an eager crowd in an open-topped car, incarcerated black men in the Deep South and families living defiantly ordinary lives – conveys with power and dignity the exhausting, endless struggle of being black in white America.

The photographs in this newly designed edition have been reproduced from the original negatives and using vintage prints created by Freed’s master printer and widow, Brigitte Freed, as reference. Working closely with the archive, Freed’s Black in White America series has never been published in such quality and detail before, and many images are also being published for the first time. The photographs in this large format edition are accompanied by text from Freed’s original diaries from the time.

Leonard Freed (1929-2006) was an acclaimed American documentary photojournalist and member of Magnum Photos. Born and raised in working-class Brooklyn, New York, Freed rose to prominence for his portrayal of societal and racial injustices, particularly in relation to the black community during the American civil rights movement in the 1960s. He is also renowned for his photo essays on the Jewish community in Amsterdam and Germany, the Yom Kippur War, Asian immigration in England, North Sea oil development, Spain after Franco and his essays on the New York police department in the 1970s, among others. His photographs are held in the permanent collections of major art institutions including the Museum of Modern Art, the Metropolitan Museum of Art, Museum Folkwang, and the J. Paul Getty Museum.