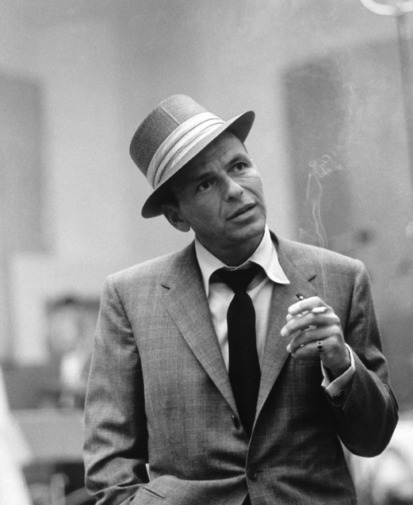 Frank Sinatra at a Capitol Records recording session circa 1954.