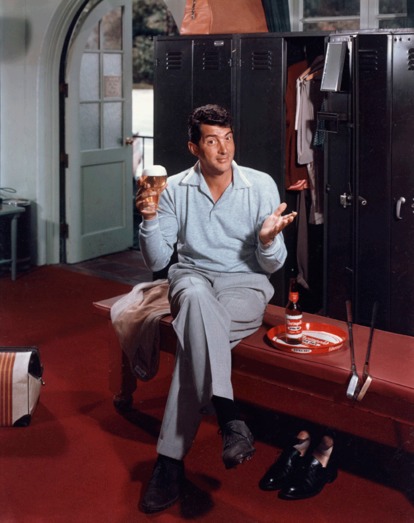 Dean Martin posing for a Rheingold beer advertisement in 1955.

Paul Hesse was born in New York City in 1986. While attending Pratt Institute he experimented with photography. After World War I he became a poster illustrator, but grew impatient with its time-consuming aspects. After reading all the photography books in the New York Public Library, he set out on a photographic career. In the mid-1920s, he established a successful commercial photography studio. Later he resettled in Los Angeles, where his Sunset Strip studio became a gathering place for advertising and motion picture industry notables. He died in 1973.