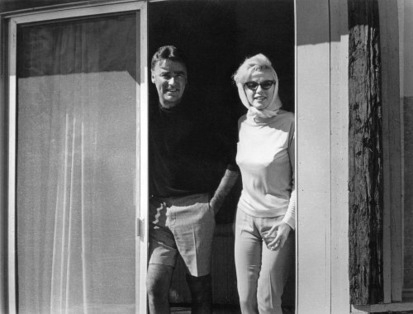 Marilyn Monroe and Peter Lawford at the Cal-Neva Lodge, 1962.