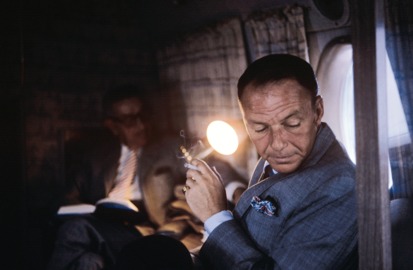 Frank heading to the Cal-Neva Lodge on board his private plane, 1962.