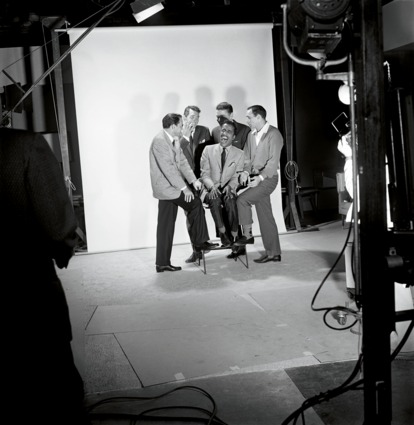 The Rat Pack get ready for an iconic shot for Ocean's Eleven, 1960.