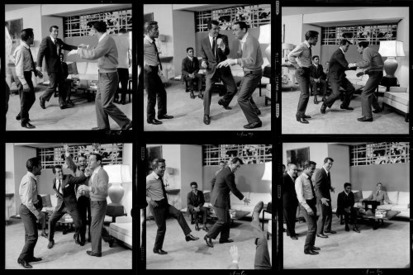 The Rat Pack at Play

Clowning around on the set of Ocean's Eleven, 1960.