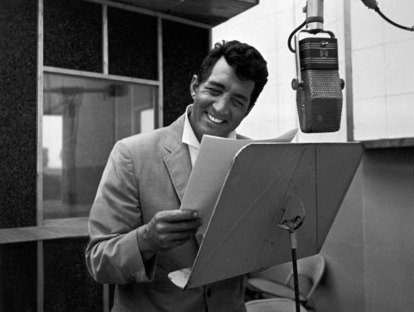 Dean at the Studio

Dean Martin at a recording session, 1959.

Vintage print originally intended as Edition of 70, but only 6 were ever printed and only 5 are available for sale.