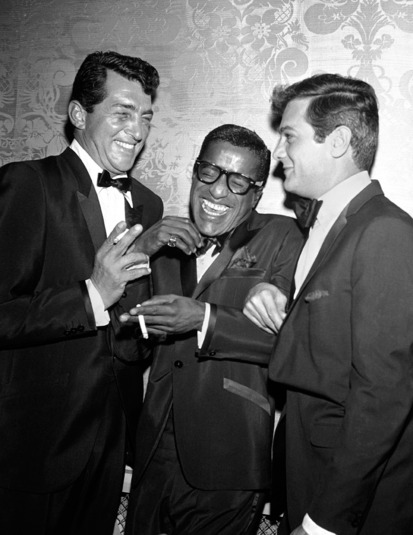 Dean Martin and Sammy Davis Jr. share a laugh with Tony Curtis at the Friars Club roast of Dean in 1956.