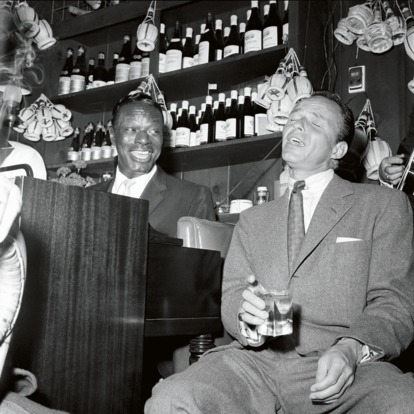 Sinatra and Nat King Cole at the Villa Capri, 1955.

Only two prints of this edition were ever printed by the photographer, and this is the only one remaining available for sale.