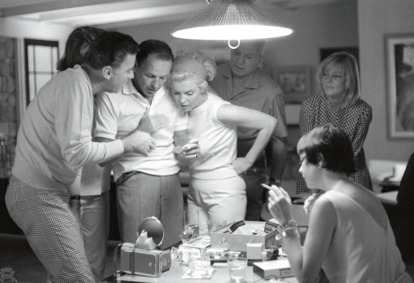 More Fun with the Polaroid

Peter Lawford, Frank Sinatra and Marilyn Monroe look at a photo from Peter's new polaroid camera. (Patricia Kennedy Lawford is hidden behind Peter, and May Britt is in shadows to right).