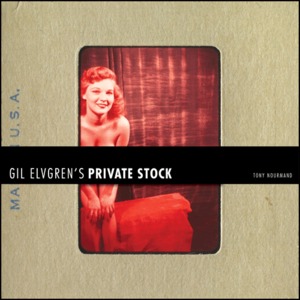 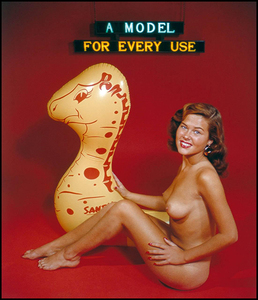 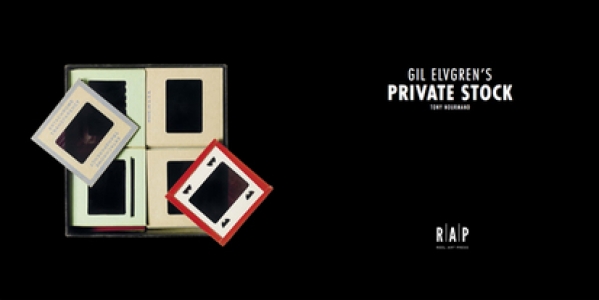 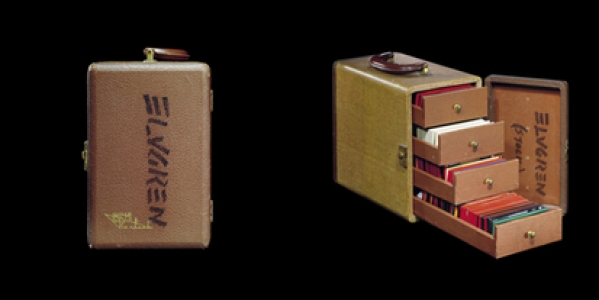 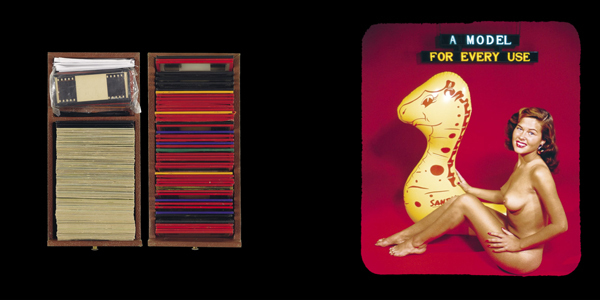 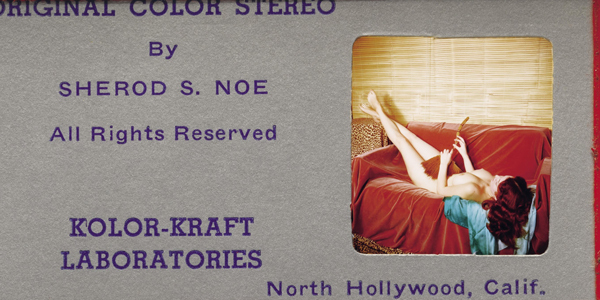 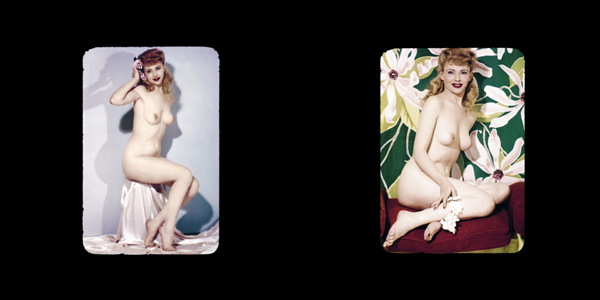 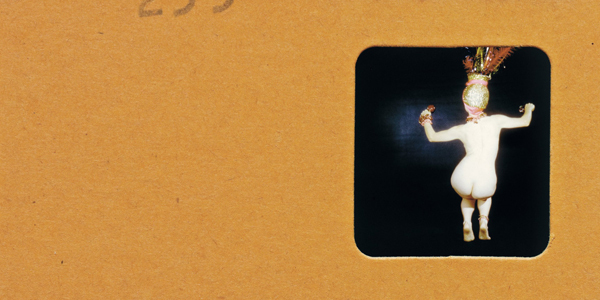 The illustrated pin-up was the most popular girl in mid-twentieth century America. Long, slender legs, an impossibly small waist, bursting curves and a wide-eyed innocence felled hearts across the country. This ubiquitous vision of feminine perfection was ‘The Elvgren Girl’, named for her creator, Gilette A. Elvgren (1914-1980). An immensely talented artist who enjoyed a prolific, forty-year career, Gil Elvgren was a master of the female form, combining technical proficiency as a painter with an innate ability to capture a sensuous yet naive beauty in his subjects. Known as ‘The Norman Rockwell of Cheesecake’, Elvgren’s name ranks alongside Alberto Vargas and George Petty as one of the greatest maestros of the pin-up to have ever lived.

The existence of Elvgren’s personal nude slide collection has only been known about by one or two collectors until now and this is the first time they have ever been seen or published. Still housed in original Realist slideboxes carrying Elvgren’s bold, early signature in large letters, the slides are discoloured with age. They are a mix of stereoscopic 3D slides and regular 35mm. Although a few date into the 1960s, the vast majority relate to the early period of Elvgren’s career, from the 1940s to the early 1950s; a period when he was producing a greater volume of nude paintings and also honing his personal style.

The female body was Elvgren’s stock and trade and he was a dedicated student of its form. As his career developed from the early 1950s onwards, he often painted from his own photographs, setting up the scene exactly as he wanted in his own home studio, using props and outfits of his choosing. The photographs that exist of his models are mostly from this middle and later period of his career – the 1950s onwards – and are generally always photographs shot by Elvgren himself of girls wearing, at least, a generous covering of lingerie.

The discovery of Elvgren’s collection of over 350 nude photographic slides is a fascinating find that forms a more complete picture of his artistic process. Elvgren’s paintbrush could capture the exact angle of a hip or line of a leg seemingly effortlessly. He understood intrinsically how women moved. It is thus perhaps not such a surprise to realise that he worked from nude photography as well as his more formal, clothed, studio set-ups. As Elvgren himself once commented, ‘Working from photographs is funny. Once in a while you hit one which has everything you want, but most of the time it’s like life in a mannequin factory. A leg here, an arm there, a little from this one, something else from another. Finally you have a picture.”

One of the most fascinating features of the Elvgren collection is the glimpse this one box of slides gives into the still relatively unknown subculture of amateur camera clubs and underground nude photography that existed at a time when even topless modeling was taboo and full nudity was classed as illegal pornography.

This volume is the lasting legacy of Elvgren’s slide collection. It helps us build a more complete picture of his artistic process and it offers a valuable insight into the development of glamour photography. However, the lasting impression of the collection is of a man who loved and appreciated the female form. Its real beauty and impact lies in the knowledge that one of the greatest masters of the illustrated pin-up took his inspiration from the very real flesh of womanly curves in all of their natural glory.