The most luxurious book ever made on the Rat Pack. This exquisite, 448-page tome is a deluxe, limited edition. Over 80 percent of the images have never been published before and are reproduced for the first time here in breathtaking quality. “Things you’ve never seen before no matter how many of these Rat Pack books you’ve read or how into it you think you are.” (GQ).

Frank Sinatra’s legendary clique defined life in the fast lane throughout the late fifties and early sixties, dominating American culture and epitomizing a life of cocktails, love affairs and Hollywood glamour. This is the definitive book on Frank, Dean, Sammy and co. tearing up Hollywood and Las Vegas with an extended cast including Marilyn Monroe and JFK. 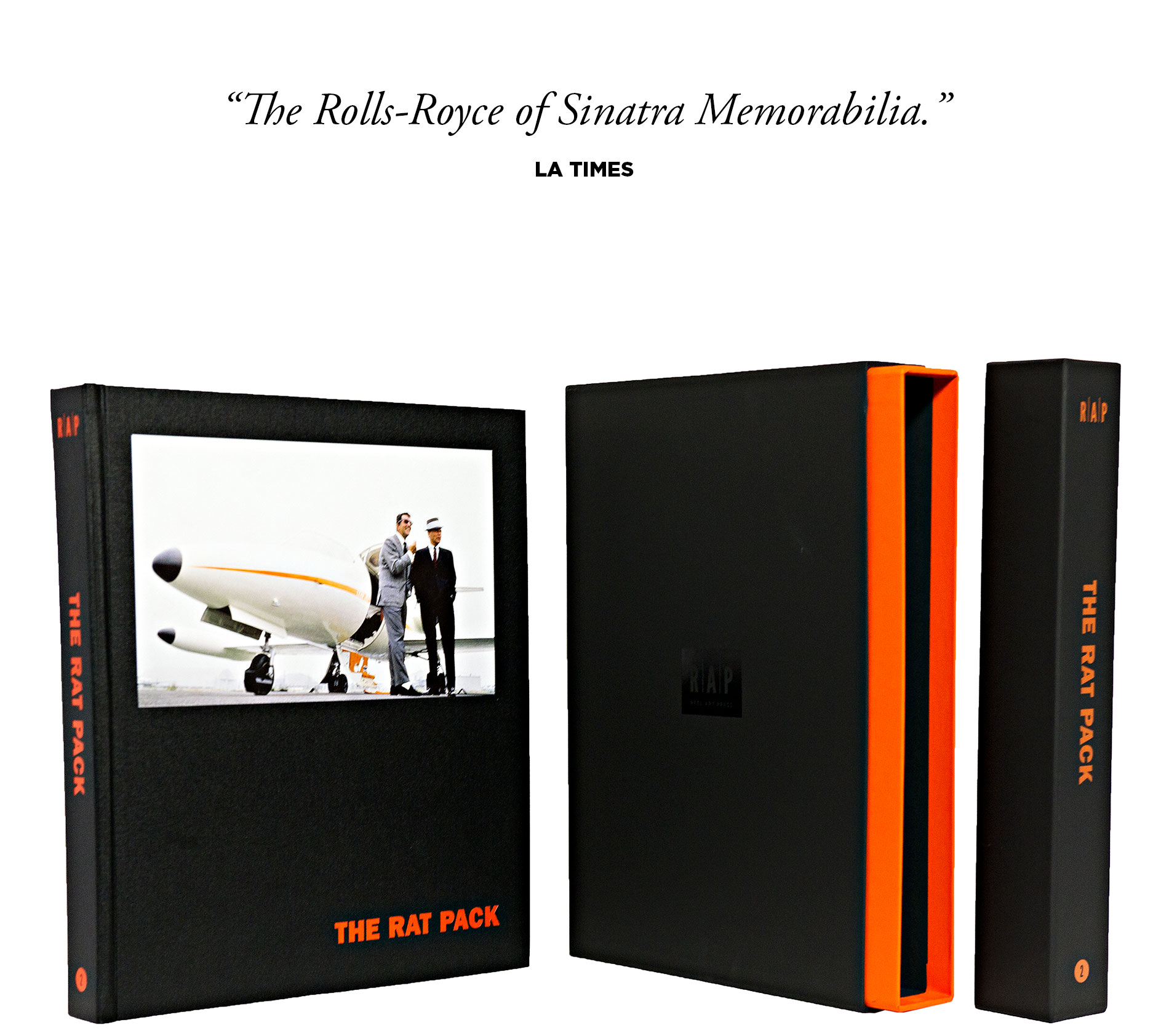