This book is signed by Christopher Frayling

The holy grail: Harry Lange’s complete archive of the greatest sci-fi film in history. This stunning volume is a spectacular look behind-the-scenes at the making of this most legendary of science fiction classics. It is an in-depth examination of the complete, largely unpublished archive of art director Harry Lange’s designs, concepts, roughs and photographs – which were vital to the whole look and feel of the movie.

The book is accompanied by Christopher Frayling's text. He offers an exhaustive look at the making of 2001 and Lange’s role in it. Also included is the last extensive interview that Frederick Ordway – the NASA scientist who was a scientific consultant on 2001 and worked hand- in-hand with Lange – gave before his death.

The book is about the process, as well as the finished product. It examines how Harry Lange’s experience with NASA fed into the innovations of the film. It includes rejected designs, concepts and roughs, as well as the finished works. It reveals how the design team was obsessed with things that actually might work. The designs for 2001 created a credible vision of the future. In the half century since the film was released, many of its predictions have come true, including commercial space travel, an international space station, the landing on the moon, personal computers and flat-screen tablet technology.

Sir Christopher Frayling is an art historian, critic and award-winning broadcaster. He was Rector of London’s Royal College of Art from 1996 to 2009, and was also Chairman of the Arts Council of England. He was Professor of Cultural History at the RCA for over 30 years and is now Professor Emeritus. Christopher was knighted in the year 2000 for ‘services to art and design education’. 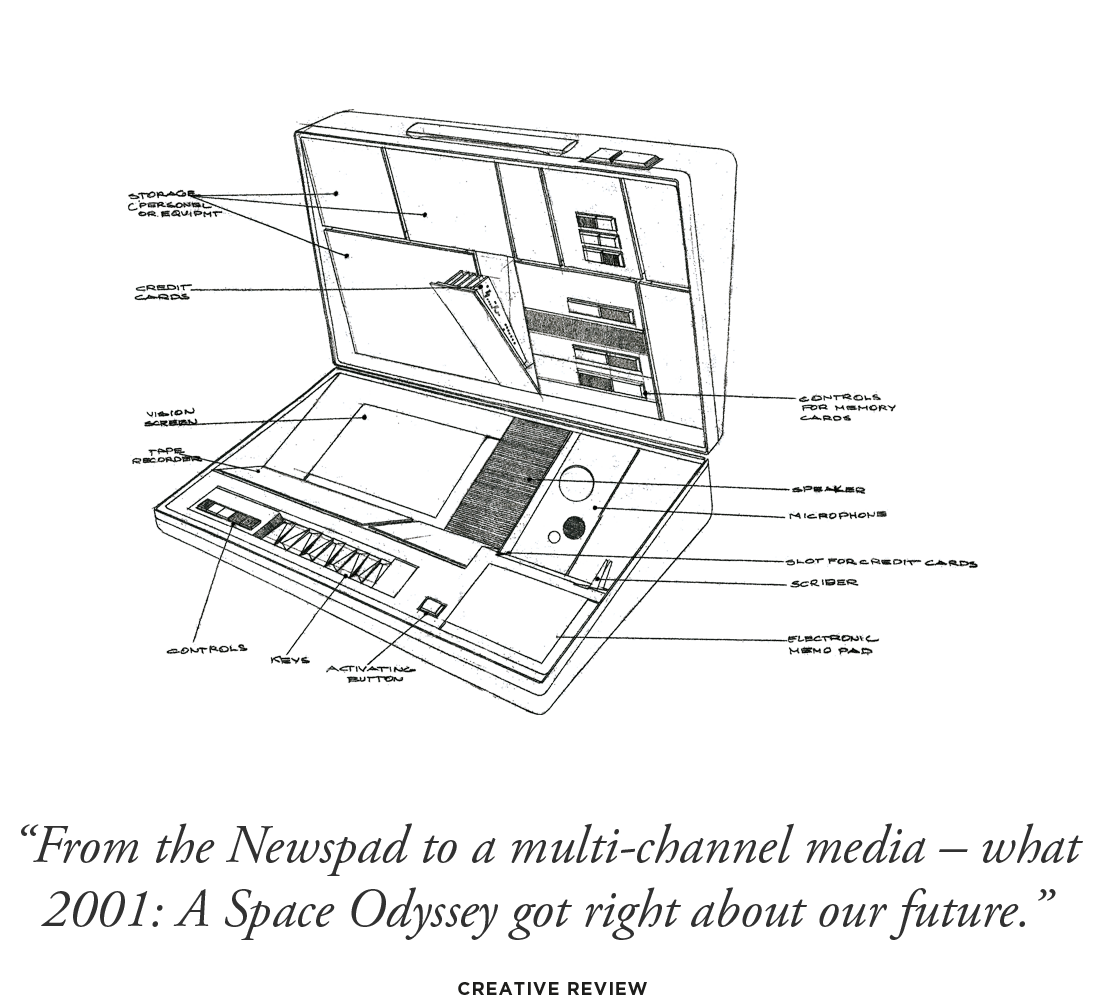