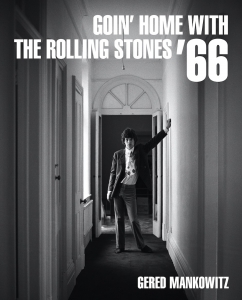 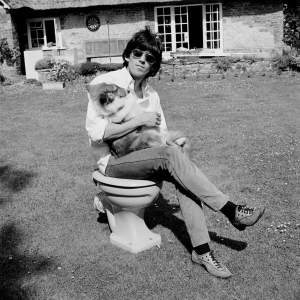 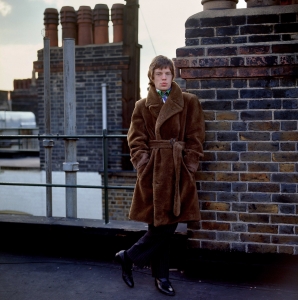 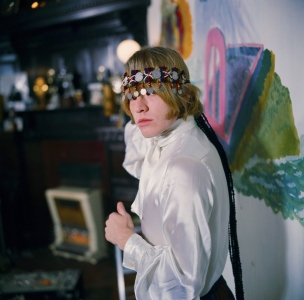 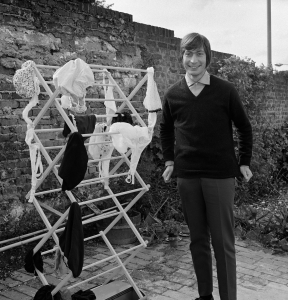 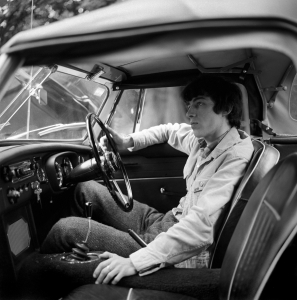 Goin' Home With The Rolling Stones '66

“They were wonderful to work with … and very comfortable around me.”

By the start of 1966, The Rolling Stones position as rock gods was established. They were making serious money and splashing out on new homes and cars. Their official photographer and friend, Gered Mankowitz, was invited to shoot an “At Home” session with each of the band. “They hated the idea of unknown photographers visiting their private sanctuaries … If I did it then the press office would have a large selection of this type of image and could fulfil any magazine request without having to bother the band.”
Mankowitz kept these photographs in supermarket carrier bags stashed under his desk for several years, “getting in my way and frequently wondering why I continued to hold on to them”. This is the first time his “At Home” sessions have been collated and published. The book includes iconic and unseen photographs: Mick in a kipper tie turning on his new television and posing outside with a new Aston Martin; Keith, Lord of the Manor-style, with his blue Bentley and antique sword at his East Sussex home; Charlie grinning next to lingerie drying in the garden; Brian in obligatory silk shirt in front of a hand-painted mural; Bill in the kitchen with his dog. The photographs are relaxed, the band’s ease with Mankowitz evident. There are moments of contemplation, intimacy and wit, and Mankowitz manages to capture something of an amused innocence to the whole concept, as if the five of them can’t quite believe how far they have come. Goin’ Home With the Rolling Stones ‘66 is a beguiling collection of images, shot with incredible skill, that offers that rare gem in Stones photography – a fresh perspective.
By the time Gered Mankowitz received the call asking him to photograph the Stones he had already established a name for himself as one of the most interesting and mould-breaking photographers in the music industry. Only 18 when he first started working with the band, Mankowitz brought a youthful, gritty approach to his photographs. This coarse freshness led to his photographs being used on a number of their album covers, including Out Of Our Heads (December’s Children in the US) and Between The Buttons. He also photographed them extensively on their tour of America in 1965. “At the end of ’65 we had got to know each other pretty well and I felt very at home with them all.” Mankowitz was The Rolling Stones official photographer from 1965 to 1967. He went on to work with the most well-known names in the business, including Jimi Hendrix, Elton John, Kate Bush, Duran Duran, and Oasis. He is still working in the industry 50 years later, venerated as one of the best music photographers of his generation. His work has been exhibited worldwide and in 2016 he was awarded an honorary Fellowship to The Royal Photographic Society.