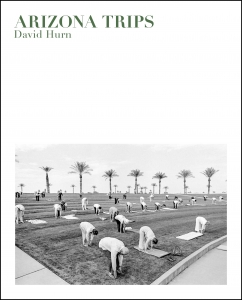 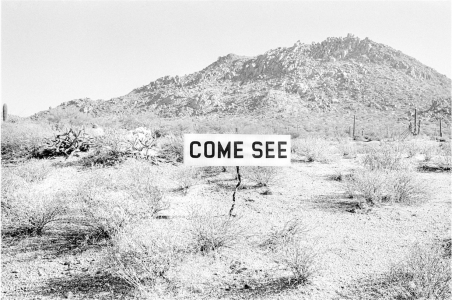 “Life as it unfolds in front of the camera is full of so much complexity, wonder and surprise that I find it unnecessary to create new realities. There is more pleasure, for me, in things as they are.” - David Hurn

David Hurn is one of Britain’s most important reportage photographers. His documentary photographs are distinguished by their quiet observation and remarkable insight. Released to coincide with Magnum photo agency’s seventieth birthday, this is the first book dedicated to Hurn’s photographs from Arizona. “In 1979/80 I was awarded a ‘U.K./USA Bicentennial Fellowship’. This was a one year award to photograph in America. I chose Arizona – it is the most right wing state in America, plus it is the driest State in America. The exact opposite of my home country Wales. The contrasts appealed to me.” Hurn fell in love with Arizona and made several trips back between 1979 and 2001. Hurn’s greatest subject is ordinary people pursuing ordinary passions and in Arizona he turned his inimitable eye to ordinary Arizonians in their daily life, their schools, exercise classes, holidays and their landscape. “I love to observe what people – or, better still, groups of people – are doing. I’ve always been nosy, I suppose, and having a camera allows one to indulge one’s curiosity and record it. The incredible pleasure of photography is that you have to be there to do it. You have to get outside and meet people. ... And being there can be extraordinary.”

In 1955, a young David Hurn (b. 1934) saw Henri Cartier-Bresson’s photographs of Russian life in Picture Post. These groundbreaking photographs emphasised the warmth and humanity of ordinary Russians and gave a completely different view of the “enemy”. “What I saw in my viewfinder and in published images made me profoundly pacifist.” In 1956, Hurn hitchhiked to Budapest to photograph the city during the uprising and the resulting pictures were published in Life and Picture Post and launched his career as a successful freelance photojournalist. His natural inclination has always been less towards hard news and more ordinary people in their everyday lives. In 1965, Hurn became a member of Magnum Photos.

THIS LISTING IS FOR A LIMITED SIGNED EDITION, AVAILABLE WHILE STOCKS LAST. THIS EDITION IS SIGNED BY DAVID HURN.