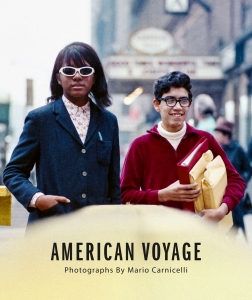 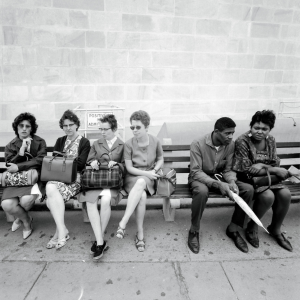 Beautiful portrait of America in the 1960s, rediscovered after 50 years.

In 1966, Mario Carnicelli won first place in an Italian national photography competition sponsored by Popular Photography magazine, Mamiya and Pentax. The prize was a scholarship to photograph America.

Carnicelli was fascinated by the almost reckless freedom offered by America, with its mix of cultures and traditions, its fashion and individuality; while at the same time he was aware of a pervading loneliness and rootlessness in people separated from family and clan. This beautiful book features over 150 colour and black and white images of America in the 1960s. It transcends other books on a similar subject matter; the photographs are truly compelling, drawing the reader/viewer into Carnicelli’s world. He approached the country as an outsider, and yet his perspective managed to capture the essence of the American experience. His photographs are a captivating, optimistic and contemplative look at the complexity of ordinary people living the American dream.

These photographs were recently rediscovered after 50 years, and the book’s release coincides with an exhibition of this work at Morton Hill Gallery in London.
MARIO CARNICELLI (b.1937) was exposed to photography from a young age, through his family’s photography business in Pistoia, Italy. He went on to document public events, demonstrations and political meetings. His style was in uenced by the humanistic approach, photographers like Lewis Hine and the FSA-photographers. He worked for national newspapers and magazines and had several solo exhibitions of his work during the 1960s and 1970s, before retiring from photography in the 1970s to focus on running his own photography business. Many of his photographs, including his American Voyage essays, have lain forgotten until now.