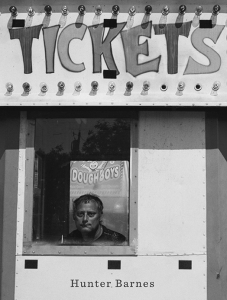 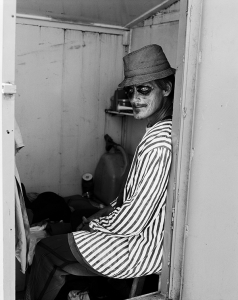 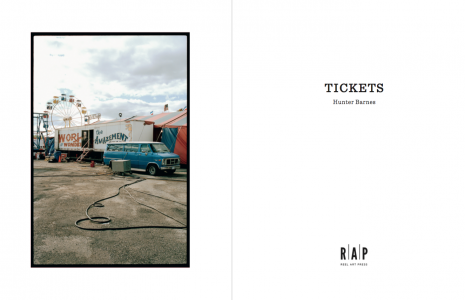 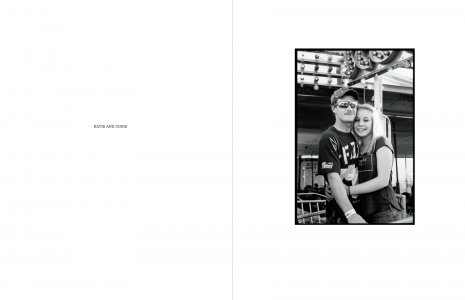 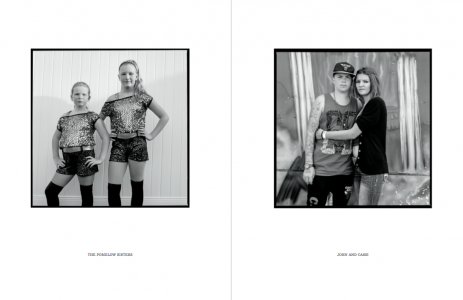 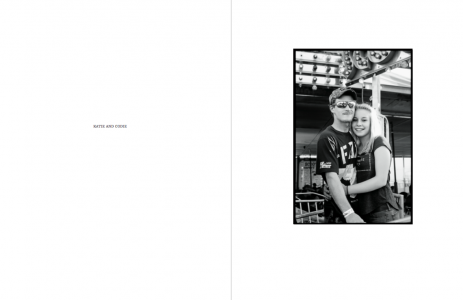 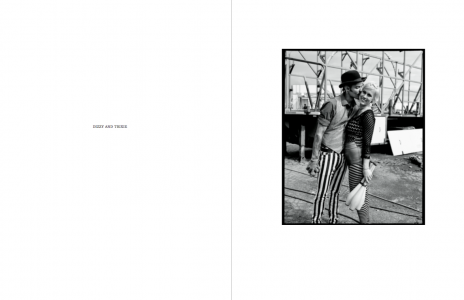 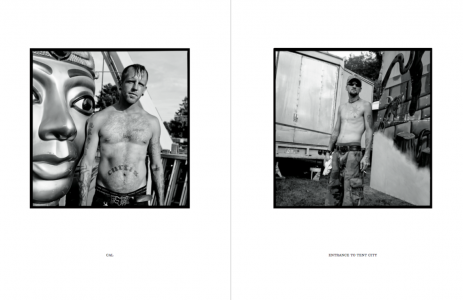 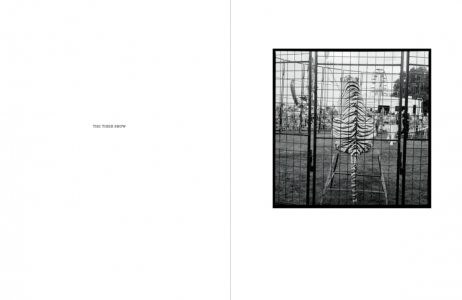 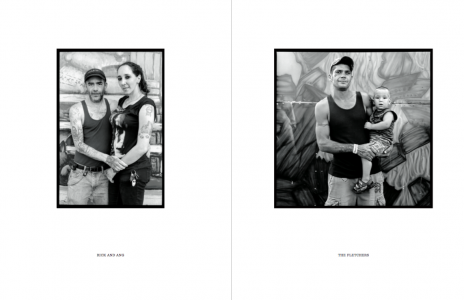 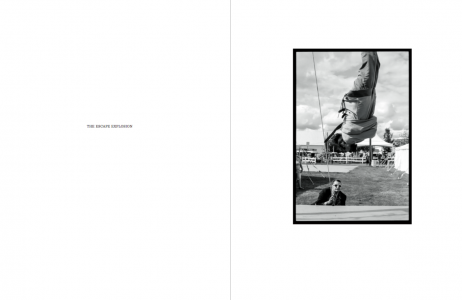 “A band of nomads. Roaming in open fairgrounds, spinning with color and sound... Fading flags are flying through children’s lollipop eyes. An entrance to a magic city awaiting, that will move soon again.”

Tickets is an exhilarating and striking portrait of the carnival lifestyle, from one of the foremost documentary photographs in America today. For this powerful photo essay, Hunter Barnes entered the surreal and wonderful world of the travelling carnival in America. His time on the road with the World of Wonder Sideshow reveals a vibrant community most had thought lost half a century ago. Fire eaters, sword swallowers and tattooed ladies are all here, as is the normal life of a community behind the scenes.

Hunter Barnes (b. 1977) is one of the foremost documentary photographers working in America today. His photographs document aspects of culture and communities ignored by the mainstream and often misrepresented in the modern American narrative. In his early twenties, Hunter self-published his first book, Redneck Roundup, documenting the dying communities of the Old West. Other projects followed: four years spent with the Nez Perce tribe; months with a serpent handling congregation in the Appalachian mountains; bikers, lowriders, and street gangs; inmates in California State Prison. Intense, true pockets and sub-cultures of America. Hunter shoots exclusively on film – the pace of analogue in harmony with his approach. Fundamental to Hunter’s work is the journey, the people, the place. Then committing them to film before they are greatly changed or gone forever.