Sixty years after the creation of the CND peace symbol, this body of work is a beautiful and timely reflection from one of the most celebrated photographers of the twentieth century. Jim Marshall saw himself as an anthropologist and a journalist, visually recording the changing times and explosion of creativity and celebrity in the 1960s. He loved street photography, and started documenting the CND peace symbol and peace rallies as a personal project. He tabled these images on an index card in his archives labeled with the peace sign, where they remained until now.

The CND symbol was designed in 1958 by Gerald Holtom for the British Campaign for Nuclear Disarmament. The symbol spread from the UK to the anti-war campaign in the US. Marshall’s photographs were taken mainly between 1961 and 1968 across America and chart the progression of the symbol from a “Ban the Bomb”-specific protest, to an internationally recognized symbol of peace. He captured street graffiti in the New York subway, buttons pinned to hippies and students, and West Coast peace rallies held by a generation who believed, for a brief moment, they could make a difference.

These unseen “peace” photographs, collated and published here for the first time, are introduced with a foreword by renowned street artist and graphic designer Shepard Fairey and text by Peter Doggett. Singer and activist Joan Baez provides the book’s afterword. 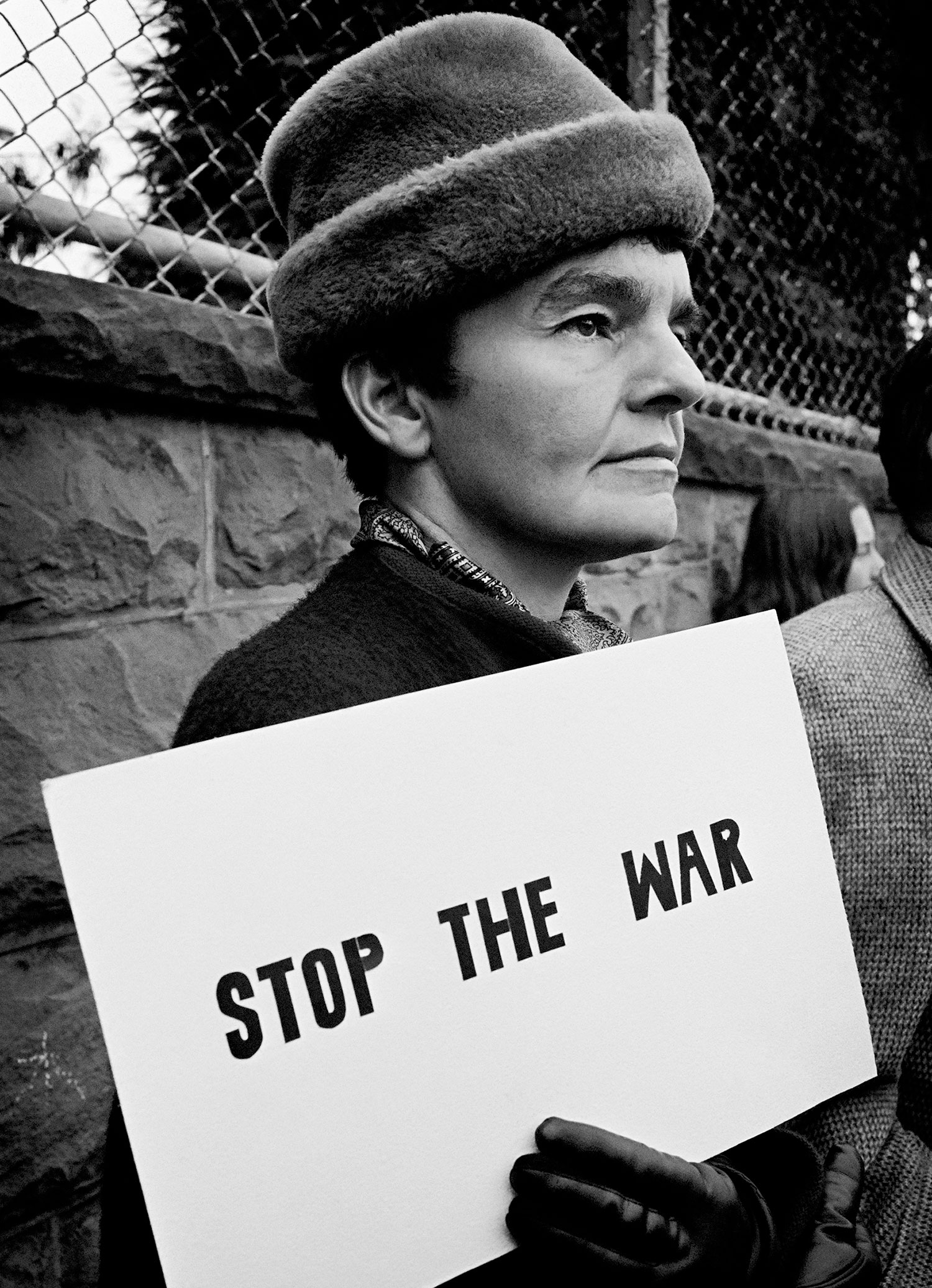 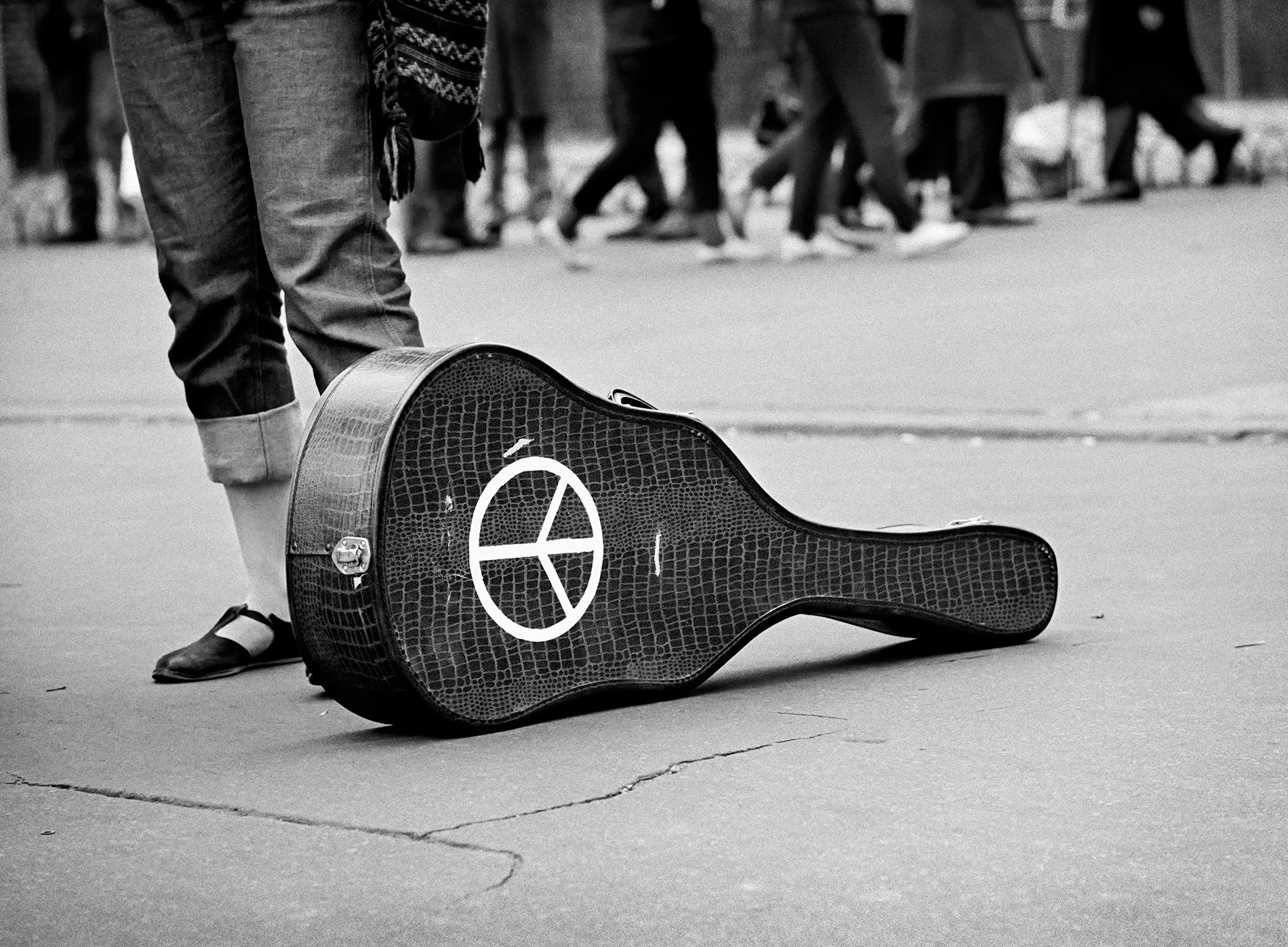